Back to it with Survival Mode

Well it has been a while since I’ve written one of these. After a break from working on Dead Spread, we recently found ourselves with a lot of time as the country went on lockdown. Here’s what’s been keeping us busy!

As the title suggests, the main focus in the last few weeks has been the new “Survival” game made. This is a new endless game mode where the player sees how long they can fight off the hordes, while saving as many people as possible. The game mode will spawn new zombies and humans in waves, and a wave is only finished once all of the zombies have been killed. Players get points for each zombie they kill, and bonus points for all the people they find and save.

This new mode typically lasts 10-30 minutes (a heck of a lot more than a campaign level), and adds a lot of replayability to Dead Spread, something that the campaign alone was lacking. It also gives players the chance to explore the entire map that John, our level designer, has put together which includes a couple of parks and 13 buildings, including a school, an apartment block, and a mansion. With a map this big, it is a very good thing we recently put work into performance improvements. There has in fact been a further batch of improvements to accommodate this size of map which should combine to make the game feel even smoother. 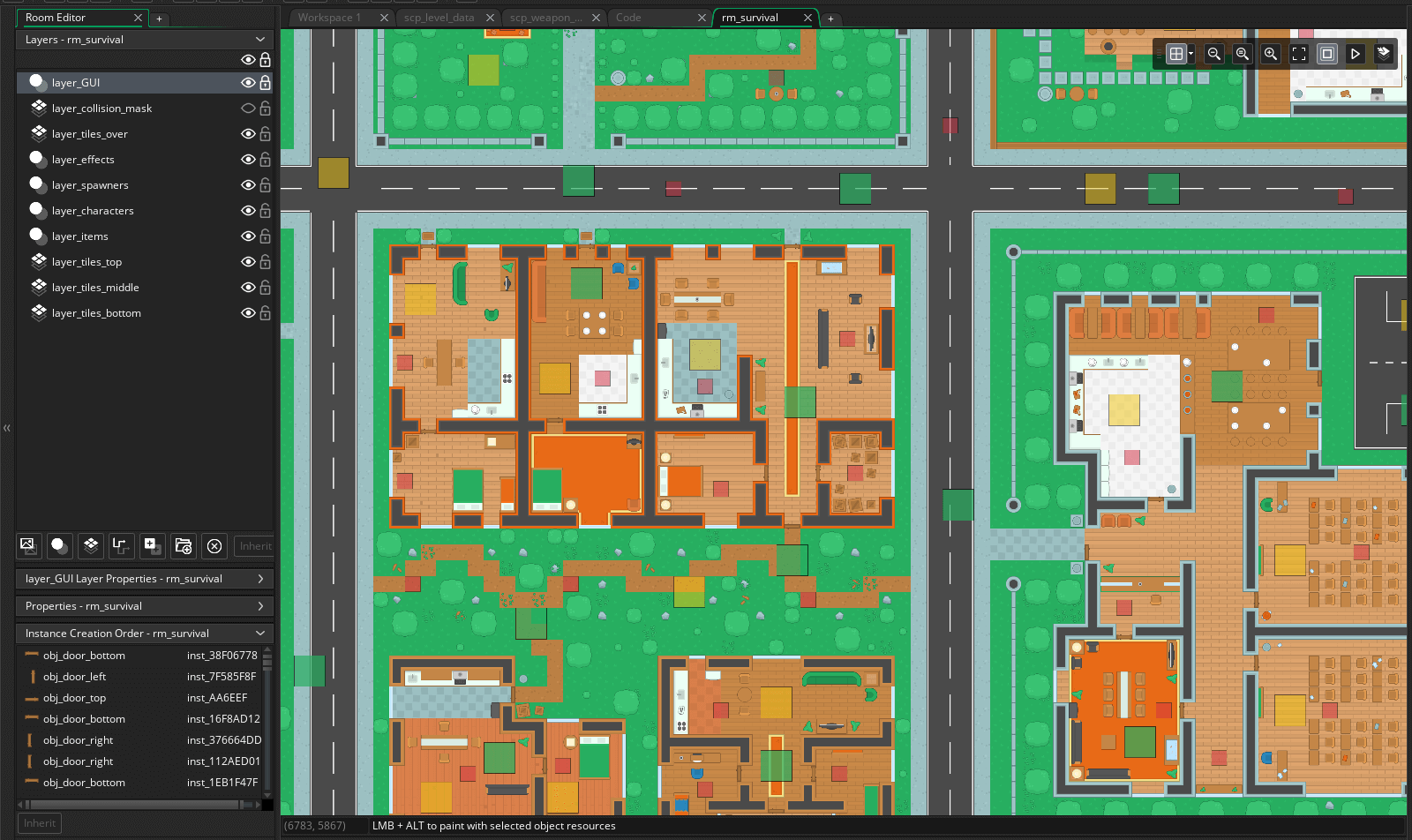 A section of the survival map showing spawn points.

We have also opened up access to all weapons and items in this mode, so players will get a chance to play around with all sorts of different combinations which is not possible in the campaign. Overall we are quite happy with how this has turned out and are eagerly looking forward to feedback.

The plan from here is to release version 0.9.0 first to our internal testers, fixing any issues that need looking at before we go for a general release on the Google Play Store! Very excited to have our first game open for anyone to play. I’m hoping we will get a lot of feedback and we still have a few features we would like to build before we can call the game complete, and lift the “Beta” label. Look out for the open beta announcement soon, until next time!