Fat Cat Interactive was formed in the middle of 2019 while Dead Spread was being developed. The name is for our lovable fat cat who was always lazing on us, or nearby while the game was being developed. We like the type of games that are just as fun and easy to play for 5 minutes as they are for an hour, so mobile games was the perfect fit.

After some promising prototypes of some more ambitious games, we decided to focus on more straight-forward game we could deliver. Dead Spread was inspired by some games Eric played (and attempted to build) while he was a teenager. Some new elements were added in to create what we hope is a well-rounded game.

These prototypes for have not been forgotten! The ideas behind them still excite us, and after Dead Spread we plan to bring these new ideas to life to offer a selection of fun action mobile games! 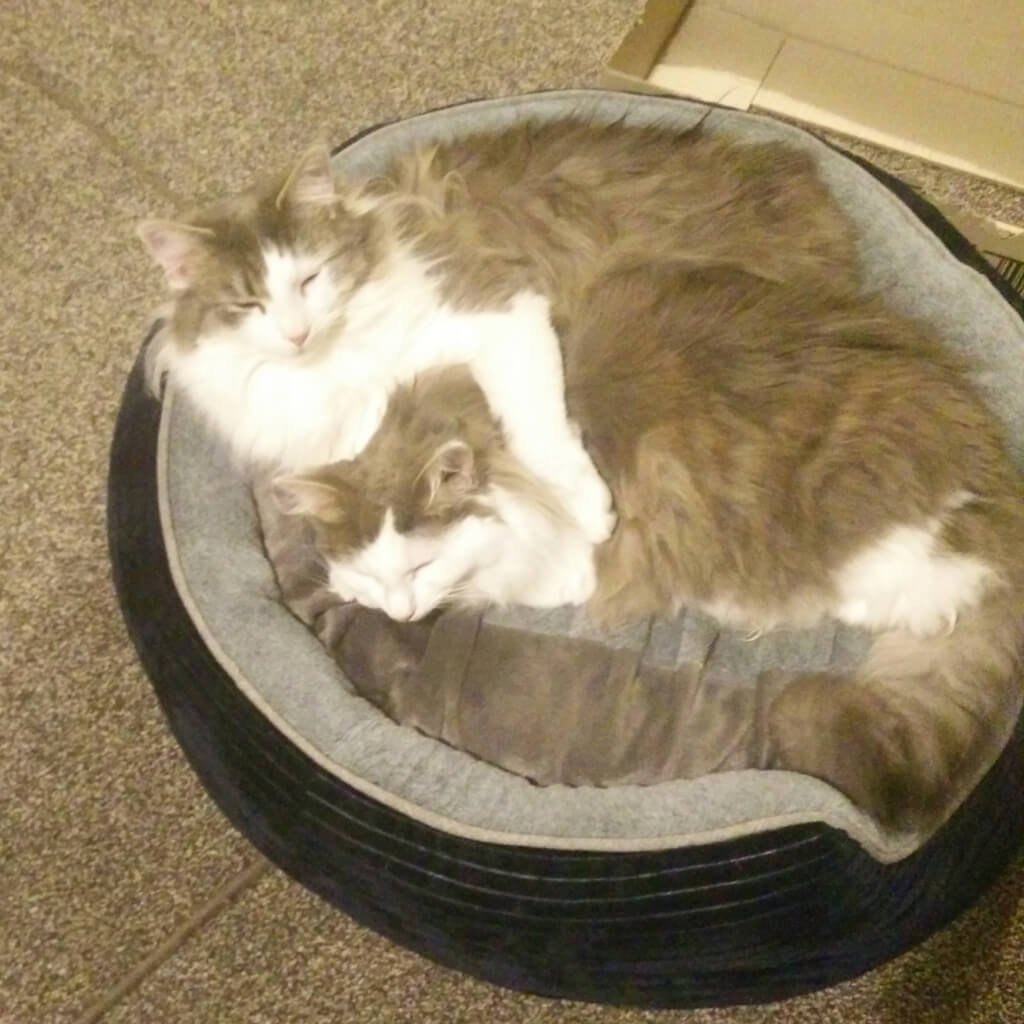 Since a photo of our cats is much better than one of us!