New levels and a lot of feedback

Over the last 2 weeks, Dead Spread has been tested by a handful of people and a lot of feedback has been collected. Overall it sounds like we are on the right track, but there are some clear areas of improvement. This has been hugely helpful in determining what to work on next!

As a result, there were two main focuses of the last week: 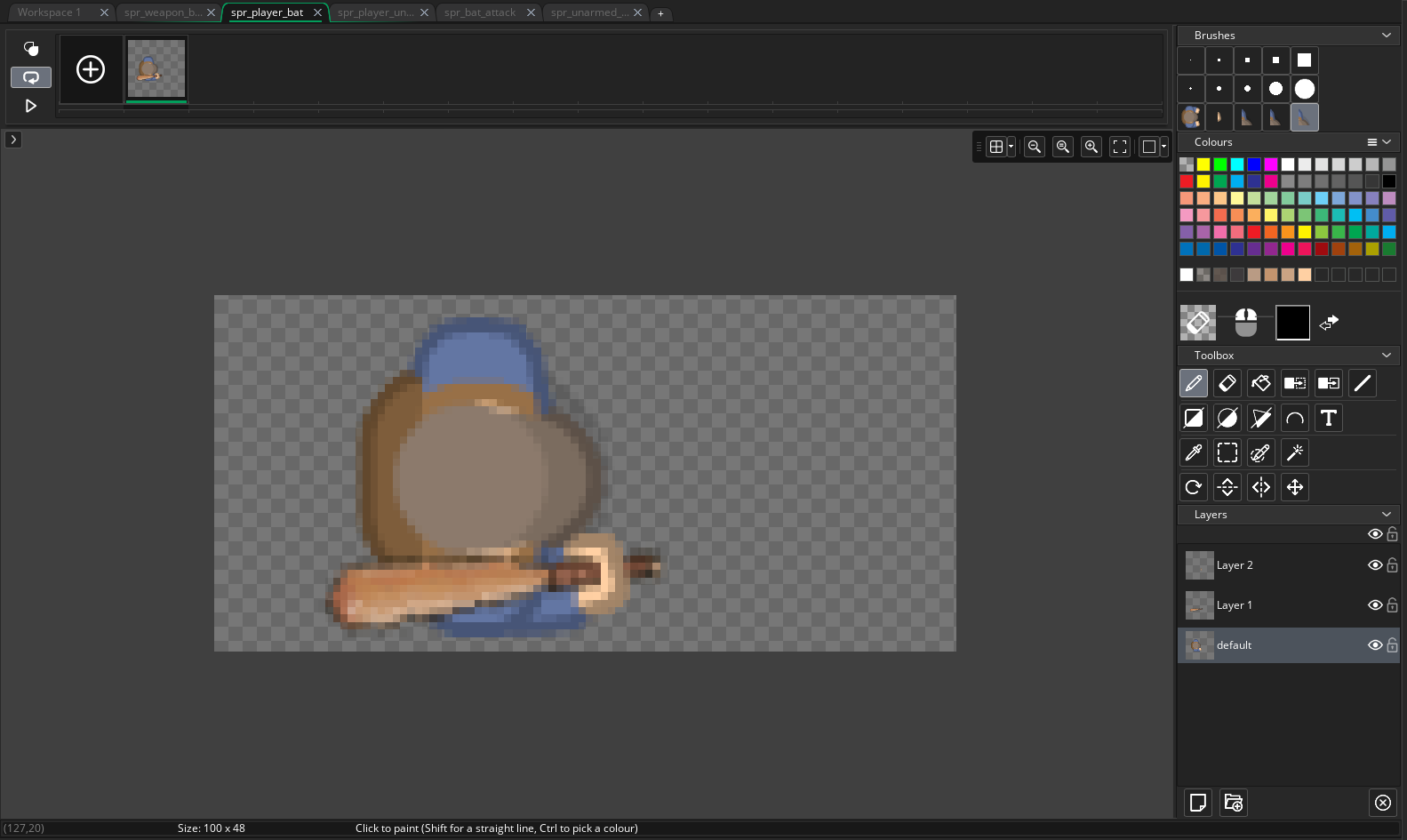 Creating the sprite for a new weapon … a baseball bat!

Meanwhile, new levels are being added with some creative new challenges and tweaks are being made to existing levels. Balancing level difficulty is hard! Because there is a lot of random movement in Dead Spread, it can mean that a level that was not too difficult one play-through, becomes much more difficult the next. We have had to build levels in a way that give a consistent difficulty. Add to the mix the fact that you want progressively more challenging levels, and you are left with a tricky balancing act. Expect a lot of changes to levels during the Alpha and Beta stages.

Looking to the future, we have a few more features and improvements we would like to add in before going to an open Beta, but we are not too far away now!